Skip to content
Home/Posts/TAS/South LA Community to TAS Board – We Demand Respect!

South LA Community to TAS Board – We Demand Respect! TAS Board President Juli Quinn Steps Down 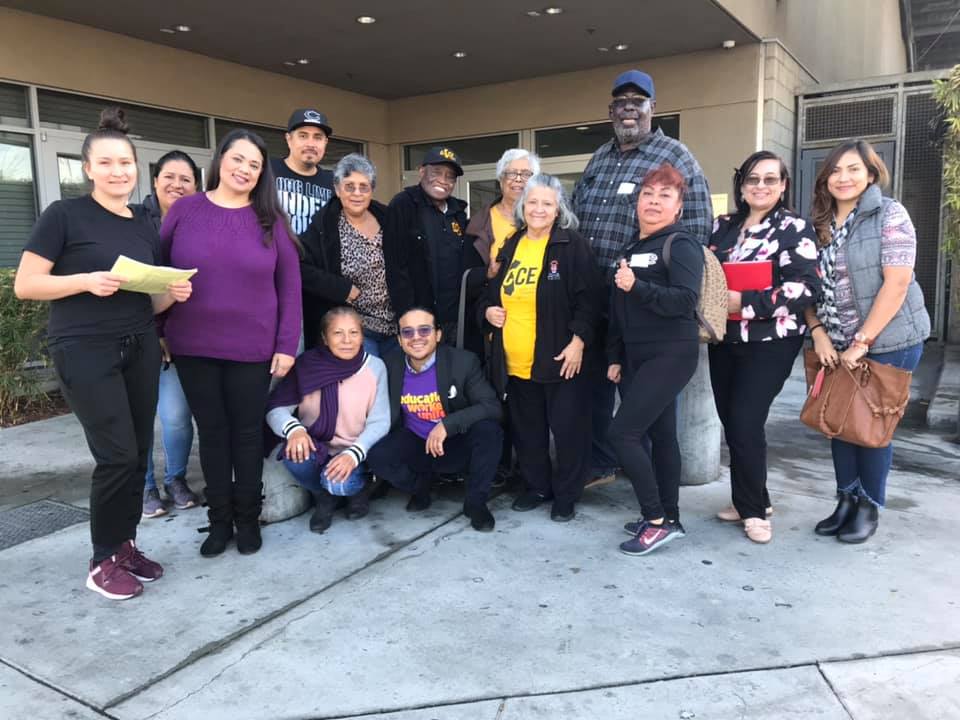 On December 5, South LA parents, community members, and residents descended at the Accelerated Schools (TAS) board meeting to present a list of urgent community demands. Many South LA residents have shared their concerns with the TAS Board of Trustees regarding the unilateral and tone-deaf decision-making process the charter group employs presently – to no avail. Parents have raised concerns about the lack of adequate staffing, poor meal programs, and the dismissal of Health Services Coordinator Hilda Rodriguez-Guzman, among many other issues.

Upon our arrival we were treated with hostility. As we attempted to enter the auditorium we were approached and requested to sign-into a public board meeting – a violation of the Brown Act. We were asked to present identification if we wished to make a public comment – another violation. Although these were both subsequently rescinded, only after being challenged by the community, the board’s attempt to get away with unlawful activities was evident. It would set the tone for the meeting to come.

Before the meeting began, outgoing Board President, Juli Quinn made it a point to make a thinly veiled threat that any disruptions of the board meeting, leading to the inability to conduct regular board business, was a “violation of the penal code”. She clearly wanted to give one final power-punch as this was one of her final acts before resigning from the board.

It would be a fitting introduction to the newly appointed Board President, Leonard Rabinowitz. A board who demanded community compliance to parliamentary rules and state law, repeatedly had these rules violated by Rabinowitz during the meeting. He repeatedly interrupted public comments to lecture the community on the merits of his appointment.

The board also made the callous decision to hire four, private armed guards to welcome community for a regular, public board meeting. The school’s regular security officer, a Local 99 member, is also licensed to carry armed weapons, but does not do so in compliance with education code regulations.

It is clear our demands are more relevant than ever. That’s why during my public comment I asked the TAS Board of Trustees and their newly appointed president, Leonard Robinawitz, to meet the following demands:

TAS BOARD OF TRUSTEES: WHAT SOUTH LA DESERVES

These demands must be met if TAS, and its Board of Trustees, are serious about continuing to serve the South LA community and respecting its residents. Let’s continue to stand together in our fight to hold charter schools like TAS accountable and win #justiceforhilda.