We are the Service Employees International Union (SEIU) Local 99 and we are Education Workers United!

By becoming a member, you join a long and proud history of men and women in education striving to create a better future for all children, students, and families we serve – and for ourselves, through the strength of our unity. I am glad you decided to join us in this mission. We are truly are stronger together!

Consider donating to our Committee on Political Education (COPE) Fund. Our COPE Fund strengthens our voice in politics and policymaking, and is an investment in a better future for ourselves and good jobs. Learn more about COPE and what we’ve won with it.

To get fully acquainted with SEIU Local 99 and your union membership, we recommend you go through each section listed on the right (below on mobile).

You may also have basic questions about your membership. Browse the Quick Guide below to see answers to some commonly asked questions. 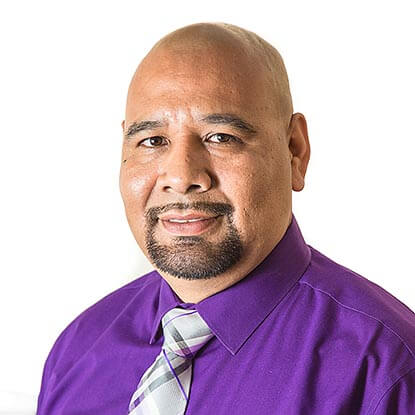 What is a union and how does it work?

A union is made up of employees who work together—either in the same industry, workplace, and/or under the same employer—and have collective bargaining power with their employer.

When workers come together to form a union, they change the basic power relationship at work and gain the power to negotiate wages, benefits and working conditions with their employer on behalf of everyone within a bargaining unit. The employer cannot make unilateral changes to our wages, benefits and working conditions unless they are negotiated with our union. The terms of our contract are protected by labor law.

When the union negotiates a contract, employees in the same bargaining unit decide what kinds of things could be improved and make proposals to the employer. Before bargaining begins, members work with their elected bargaining team to determine the priorities for the contract. The employer is legally obligated to negotiate in good faith.

How are things different for non-union employees?
In workplaces without unions, employees don’t have collective bargaining or representation. Without a united workforce or a union contract, employers can change the pay and working conditions at any time. Any benefits employees receive are at the discretion of the employer. Individual employees are free to negotiate for anything in their contract, such as their pay, but if the boss says ‘no’ to any of their proposals, which they often do because it’s in their interest to maintain control over employees, there’s not much that can be done.

Want to learn more about what unions do? Check this out.

What's the purpose of being a member and paying dues?

Being a union member means you’re united and active with many other workers who do similar work or who work for the same employer. It means you work together to win improvements to your wages, your work, and the students and families you serve. It’s important to remember that your union membership is not transactional. It’s not like a gym or Costco membership. In other words, union dues aren’t what you pay in exchange for a product or service.

But like a church or business, it still takes money to run and sustain a union. Union dues pay for the work that is done to build our power at the bargaining table and in the workplace, and for political advocacy – such as legislative efforts to end the unjust summer unemployment crisis faced by classified school employees. This work takes a team of dedicated professionals, including organizers, member representatives, communicators and attorneys who guide, train, educate, and inform members in negotiations, grievances, arbitration, and workplace leadership.

What does it mean to be a member? Membership is an act and statement of solidarity with your co-workers. It’s saying: “My co-workers and I are one unit and have each other’s backs.” 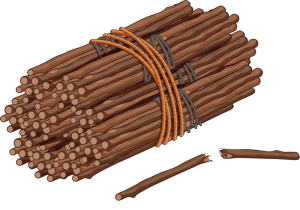 Here you have a stick by itself and you have many sticks bundled together. Which one is stronger, almost unbreakable? Which is weaker?

In a workplace or industry, when everyone is part of a union, the workers possess a power that directly counteracts the power of management. And our employers—by law—must negotiate with our union in collective bargaining. How good the contract ends up being is entirely dependent on the membership numbers and the level of member participation in a contract campaign.

Going back to the bundle of sticks – if more and more sticks separate from the bundle, it wouldn’t be as strong anymore, right? Now, imagine what it means for our contracts (and our livelihoods) when members are too few, when workers choose the lone and selfish path of disunity? First: you’d have a union with fewer resources to effectively organize workers and build power; second: the employer, seeing how small the membership is, wouldn’t feel pressured to give in on our proposals – and the bargaining team wouldn’t have enough leverage to counter theirs. In order for us to get what we want in a contract or when addressing a work site issue, the employer must see that we have strength in numbers and we’re ready to take action.

Collective power through sticking together is a tangible thing—it’s how we’ve lifted ourselves and our families up, defended what we have, and will keep bargaining for more.

What is collective bargaining and why does it matter?

“Collective bargaining” means that we, using the strength of our numbers, sit down with our employer to negotiate our job contract—including our pay, benefits, hours, holidays, sick leave, staffing, seniority and working conditions. Each contract reflects the specific conditions, history, and priorities of the members at a given work site. Collective bargaining is the only real way that workers can have any say in our jobs. It’s a basic worker right that has been under attack by anti-union groups since its inception.

The simple phrase—collective bargaining—covers a wide variety of subjects and involves hundreds of thousands of union members in the process.

A bargaining team made-up of union members elected by their co-workers and management negotiate over wages and benefits, hours and working conditions. The settlement reached is spelled out in a written document or contract. The contract normally contains a grievance procedure to settle disputes. And after the contract is negotiated, stewards, other member leaders, and staff organizers work together to enforce it.

Where do I get help for problems on the job?

Where do I get help for other problems?

How much are member dues?

What are my rights on the job?

Your contract lists guarantees and protections that impact you on the job. There are also many local, state and federal laws that may impact you. See the Know Your Rights page for a listing of some of these laws.

How can I stay informed of issues and activities concerning my district or industry?

There are a several ways:

Where can I raise issues I have within my classification?

If you believe that your contract is being violated or have a question about your job, please go to our Help page.

I'm hearing and reading a lot of words I don't understand. Is there some kind of glossary for these union terms?

Why is active participation vital to the strength of our union?

When some workers think of participating in their union’s activities, they often think of strikes, rallies and other kinds of public demonstrations as the extent of participation.

The reality is union participation happens mostly in the workplace, in our communities, at the union hall and online, and includes, but isn’t limited to:

In other words, participation is all the things we do—big and small, individually and collectively—that contribute to building our union’s power.

And why is participation so important to union strength? Because it is directly tied to our ability to negotiate good contracts, to defend what we currently have in our contracts, to influence the outcome of legislative bills that help us, to elect allies on school boards and other offices, and much more.

It isn’t enough to just be a member. It’s not even enough to just pay dues. Our union gives us a powerful platform to improve our livelihoods and improve education, but we’ll only achieve these things if we step-up and use it.

What is our Committee on Political Education Fund and why should I contribute?

Public education is funded by local, state and federal governments. That means as employees in public education, the work we do is directly affected by policy decisions.

The school board members we elect vote on our contracts. State leaders decide on the education budget and how much money goes to local school districts and agencies. Federal officials decide on funding for school transportation, special education, lunch programs, child care services, Head Start, and so much more.

That’s why having a strong voice in politics is critical to our jobs, and the well-being of our communities. In addition to voting and mobilizing others to vote, we make our voices heard in politics by contributing to SEIU Local 99’s voluntary Committee on Political Education Fund (COPE).

COPE gives our union the resources to move voters and decision-makers in office—especially as part of legislative or election campaigns—in order to help us all move forward.

Why should members contribute to COPE? It takes money to run an effective political campaign, especially when faced with opposition that’s backed by wealthy and big, corporate donors. You may feel like your donation isn’t going to make a difference and you’d rather save it, but when pooled with thousands of other members, it ends up making a significant difference in important things, like how many voters we were able to reach and persuade.

Learn more about how our COPE Fund works, examples of major gains where the fund was critical, and sign-up to contribute at seiu99.org/COPE.

What's a campaign and what are ways for me to get involved?

In the world of labor, a campaign is any concerted effort—usually led by union leaders—to gain something for workers or change something that affects them. Campaigns can last three months or they can last three years. The duration depends on the type of campaign and often times, on our collective efforts to influence decision-makers. Decision-makers could be voters, they could be members of a school board, a governor, and any one who makes decisions on something we want.

These are some (and certainly not the only) types of campaigns:

Ways to get involved in Local 99’s campaigns

Member involvement is vital to the successful outcome of a campaign. SEIU Local 99 will always send out communications to members and publicize any campaign actions our union will be doing. Participate in those actions—whether those actions are at your workplace or in a mass rally.

If you can’t participate, mobilize your co-workers to join. It’s as simple as spreading the word.

Our campaign page will always have the latest updates and actions you can take. Be sure to subscribe to text and email notifications.

What campaigns are going on right now at Local 99?